Why I marched for science – a transatlantic perspective 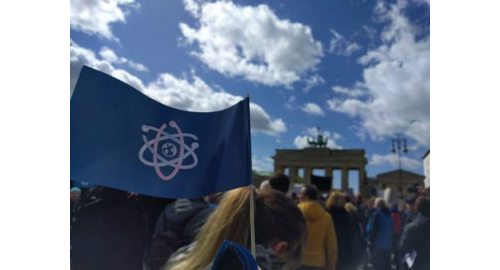 The March for Science turned a spotlight on the importance of research. But it won’t have a lasting effect unless we improve science communication, says Judith Reichel.

On Saturday, April 22nd, myself and an estimated 11,000 other science supporters marched in Berlin. The event was part of the global “March for Science” that took place in over 600 cities worldwide. While the March here and everywhere else was a great success in putting a spotlight on the importance of research and the danger of building on false facts, I’m worried it won’t have a lasting effect on the public perception of science if we don’t improve our science communication.

Germany is not known for its science-scepticism – largely because it mostly isn’t, or at least wasn’t. But things have changed, not only in the US, but also in Europe and in Germany over the last couple of years.

I may be able to appreciate and compare these worrying developments more clearly than others: just a few months ago, I was working as a postdoc in a lab in New York.

So I was there during the presidential elections last year, and everything leading up to it. I watched my American friends go from laughing at the possibility of a Trump presidency, to getting slightly worried, to being downright shocked and confused the day after the elections.

I was there when the new president repeatedly called scientific facts into question, and generally interpreted any kind of news or information in the way that suited him best. I saw the hugely popular Women’s March in NYC and closely followed the emerging idea of a Science March immediately afterwards. I wasn’t sure whether marching was the right solution to all of this, but I agreed that something needed to be said and done.

Why protest against Trump in Germany?

But what’s the point in protesting another country’s president? Cuts at the US National Institutes of Health (NIH) hardly affect research funding in Germany — in fact, here, funding has been increasing. But that doesn’t mean there are no research-related problems in Germany — there are. For instance, despite a recent adjustment, too many scientists still only receive yearly contracts. We are still far, far away from post-PhD gender equality. And the use of animals in research is very much misunderstood in Germany.

Moreover, we have seen an unprecedented outbreak of measles in kindergartens and primary schools over the last 18 to 24 months, because parents no longer feel the need to vaccinate, or are scared of the side effects. And no amount of reassurance from doctors and researchers seems to be changing that. Similarly, many Germans flat-out reject the idea of genetically enhanced or modified agriculture — even if the plants are simply plague- or extreme-weather resistant.

I feel like there is a general mistrust and disconnect between scientists and the public: one side is wary of whatever comes out of the lab, and the other doesn’t understand that skepticism, and oftentimes has difficulty in explaining the benefits of the latest invention. There are rarely any fruitful conversations between these two positions.

What I think this comes down to is bad science communication. And I don’t mean that there aren’t many great science writers and journalists in Germany — there are. But it seems to me that they write for scientists. Their pieces may be wonderfully written and well-researched, but hardly any of them will convince a science sceptic to change their minds. In my opinion, the mentality of the “Ivory Tower” of science is unfortunately very much alive in Germany.

There is also a huge mismatch regarding the public awareness of science and research in our daily lives. Since arriving in Berlin I’ve started working in the field of science communication. I spend my days writing about novel biological technologies and inventions. All of them improve our lives in one way or another — they could be sustainable and especially strong fabrics, or they might increase agricultural yields. I’m new to this field so I’m still amazed at what’s possible nowadays, and I’m saddened not everyone gets to see and understand that.

But even more important than novel bio-based inventions are appliances that are used on a daily basis: almost everyone in the developed world uses a smartphone with its GPS – but not everyone realizes that it’s built upon years of research and technical ingenuity. Scientists need to do a better job explaining the benefits of their research to the general public. Show them that an algae face cream is based on years of research, that their tasty beef is based on years of optimized feeding of livestock. It’s everywhere, all the time. But it needs to be talked about.

Go out and communicate

Previous posts have been critical of the March for Science and have provided lists of what to do and not do to, and how to be more inclusive than the march. I don’t agree with everything the march stands for either. I feel its goals were too broad. And despite the announcement from the organizers explaining that the German march was not simply the progeny of US marches,  political undertones were clearly present in both.

For instance, the Berlin march stopped in front of the Hungarian embassy to protest Hungary’s new education laws. Additionally, the complicated issue of the refugee crisis — a heated political topic in Germany and a catalyst for the recent success of the right-wing Alternative for Germany (AfD) party — was raised during the march. Whilst I wholeheartedly agree with the basic message that science is a global enterprise — it should have no boundaries when it comes to international colleagues and the exchange of knowledge — I feel that including these topics during the march diluted the main point: highlighting the importance of science to the public.

In order to change politics and policies, science needs the awareness and the support of the public – because only the consensus of the public can put pressure on politicians.

And I don’t think we need to-do-and-what-not-to-do-lists to reach the public. We just need to communicate. Often. To everyone. Don’t pre-judge your audience. Try to get as many people interested as possible. Try to show them the wonder of science — what it has made possible so far and what it might yet do. Try to educate people on the scientific method so they understand why it often takes a very long time for any real and reliable process. And be honest — don’t make mountains out of molehills when it comes to science communication. But lastly and maybe most importantly, don’t sit idly by when someone is trying to explain the world with fake facts.

The march may not have been a perfect solution for everyone and everything. But it did succeed in putting a global spotlight on science — and we can build from there. Judith M. Reichel – science editor and writer based in Berlin

Read this article at blogs.nature.com/naturejobs/… 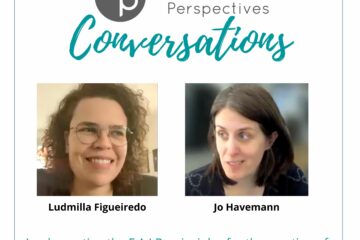 Ludmilla Figueiredo is a research data and code curator coming from a background in ecology and conservational biodiversity. In this episode, she talks with Jo about the implementation of open science principles in the fast-paced Read more… 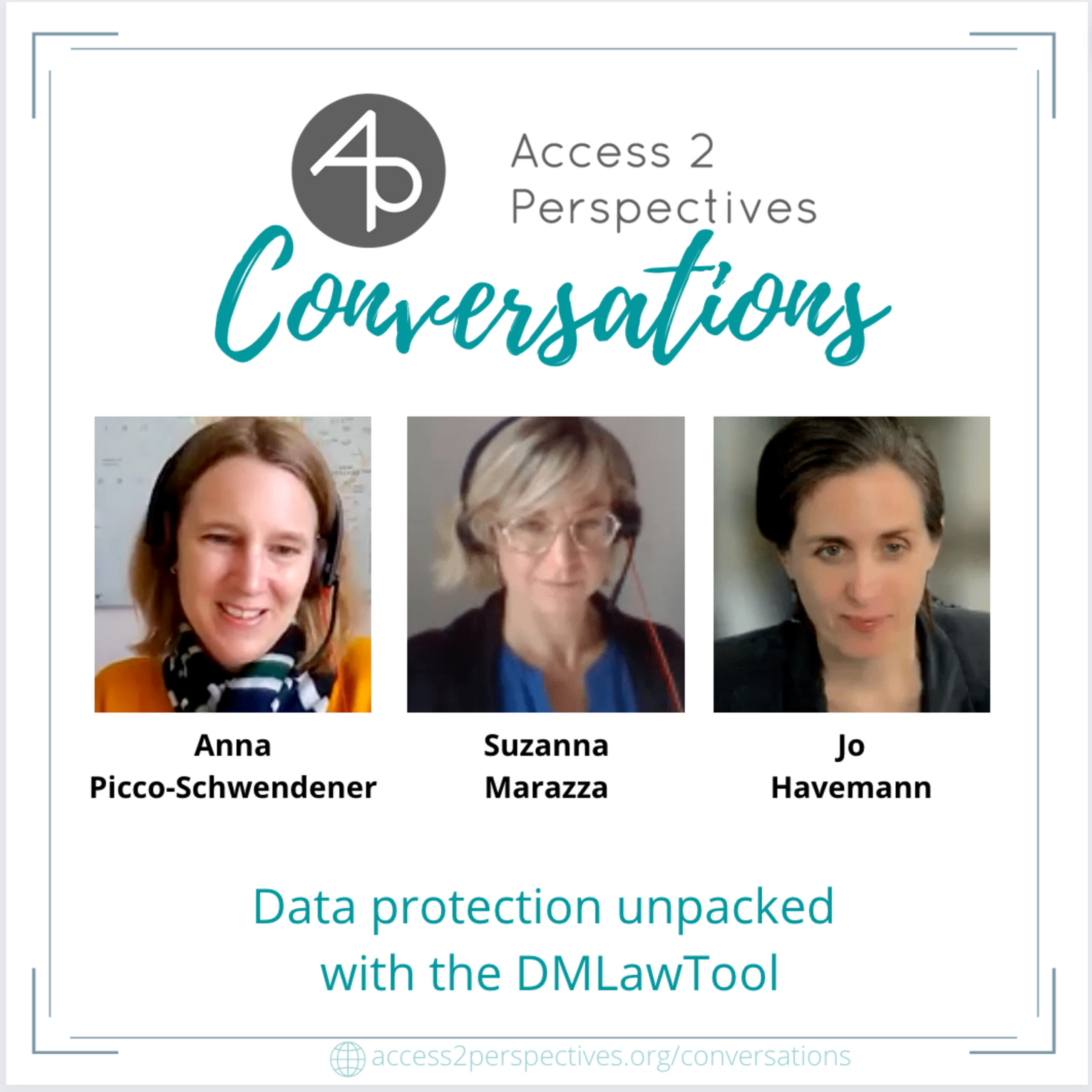 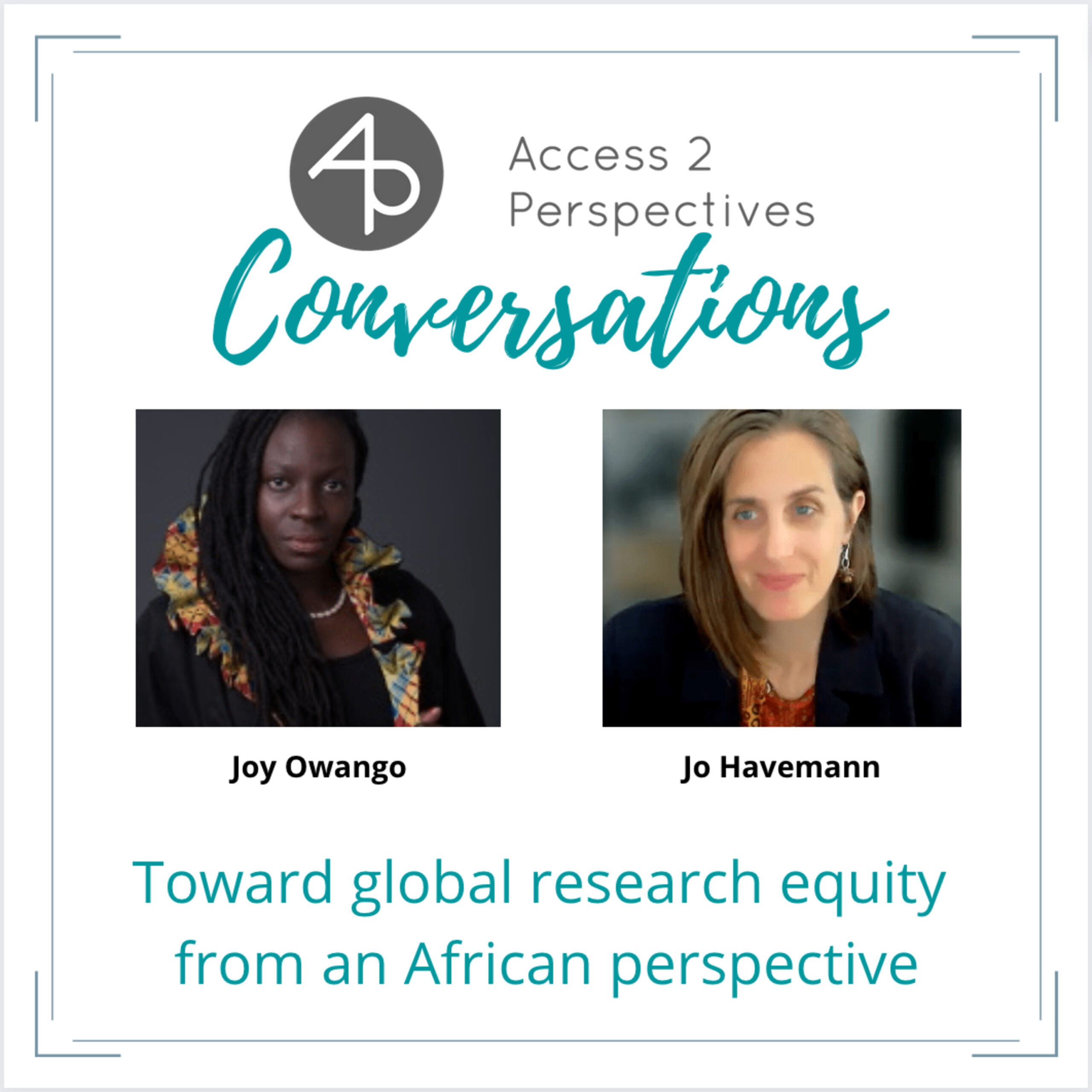 Joy Owango is the executive director of TCC Africa, the Training Center in Communication, based in Kenya and serving the whole continent of Africa. Joy and Jo talk about how the scholarly community is working Read more…