Fabrication, falsification and plagiarism are the usual suspects of scientific misconduct. More common are lesser forms of research misbehavior, also known as ‘sloppy science’. This course highlights the most frequent research misbehaviors and their impact. The aim is to raise awareness and foster responsible conduct of research amongst young scientists.

Our courses are geared towards adult learning and use participatory approaches. The trainer encourages participants to add their experience and knowledge to the course content. Topics covered are backed by real examples and relate to the participants’ field of research.

Before the course, participants can submit specific questions and their own presentation examples by email. The course content will be adjusted to the specific needs and requirements of the participants.

Participants are handed out reading material to be discussed during the course as well as a course summary with their achievements.

Retraction Watch is a database of retractions, expressions of concern and related publishing events

Plagiat.pl is a software supporting verification of text authenticity. More than 200 Polish universities check their students’ theses in our antiplagiarism system.

Kamila Markram: Open Science can save the planet 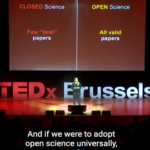 Imagine: from your taxpayer's money, you pay for the highways in your country. And then imagine a company would come along, put up a toll gate and charge you so much money that only the richest cars could afford to use this highway. We would never allow this to happen on our roads, would we? But then why are we allowing this to happen to our scientific knowledge? Kamila Markram, ...
Read More
August 6, 2020 / Open Access, Open Science, Perspectives, Research Integrity
Day 2: Research Integrity 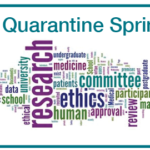 What do you think are integral parts of research integrity? What topics are entailed and should be discussed in all or some research disciplines to what detail and with what specific aspects? >> board.net/p/A2P_Research_Integrity List of topics to discuss: We are inviting you for a virtual collaborative writing sprint around ...
Read More
March 18, 2020 / Perspectives, Research Integrity, Science Communication
Open Source software and tools for better research 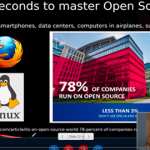 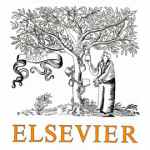 In an attempt to secure and protect unbiased Open Science in Europe our team member, palaeontologist and Open Access activist Jon Tennant has taken another stand against Elsevier. Elsevier is the biggest and most influential scientific publisher and at the same time probably the most profitable business worldwide. To get an overview of the cascade of events and some background on the story, read the following articles: Tennant J (June 28, 2018), Elsevier ...
Read More
October 16, 2018 / Boycott Elsevier, Elsevier, Jon Tennant, Open Science, Research Integrity, Science Communication
The ethics of copyright transfer for scientific research 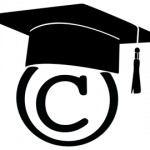 On his blog Green Tea and Velociraptors our team colleague Jon Tennant questions the ethics of the widely practiced copyright transfer from authors of peer reviewed articles that are based mostly on public funding to commercial publishers.  The following is an excerpt from Jon's original blog post. […] Typically, the process of copyright transfer for research articles happens something like this: 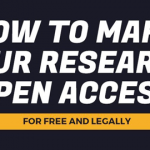 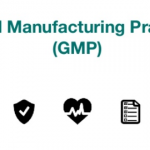 For a 2-day course on Good Manufacturing Practice earlier this week, I prepared the following presentation. The lecture started with a recap of Good Scientific Practice, followed by Good Laboratory Practice as prerequisites for reliable and transparent manufacturing in pharmaceutical, medicinal, food and agricultural industries. Good Manufacturing Practice (GMP) 2day course from Johanna Havemann Insights and feedback from the participants ranged from "Why didn't we have this lecture before ...
Read More
October 27, 2017 / Career Development, Research Integrity, Science Communication
Why I marched for science – a transatlantic perspective 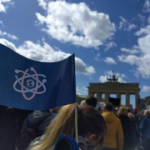 Originally published in naturejobs. The March for Science turned a spotlight on the importance of research. But it won’t have a lasting effect unless we improve science communication, says Judith Reichel. On Saturday, April 22nd, myself and an estimated 11,000 other science supporters marched in Berlin. The event was part of the global “March for Science” that took place in over 600 cities worldwide. While the March here and everywhere ...
Read More
April 29, 2017 / MarchForScience, naturejobs, Open Science, Perspectives, Research Integrity, SciComm, ScientistOnTheMove
Don’t be afraid of writing a peer review 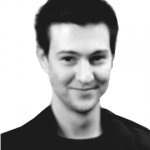 In his blog Green Tea and Velociraptors, Jon Tennant describes his approach to writing a peer review.  […] I remember the first time I got a review request in the second year of my PhD. An Editor emails you out of the blue, and asks you to provide your expert commentary on research by your colleagues. EXPERT COMMENTARY. BUT I’M NO EXPERT. PANIC. Well, you are an expert to some degree. Which is why ...
Read More
January 22, 2017 / Article Processing Cost, Career building, Jon Tennant, Open Peer Review, Open Science, Peer Review, Perspectives, Research Integrity, Science Communication